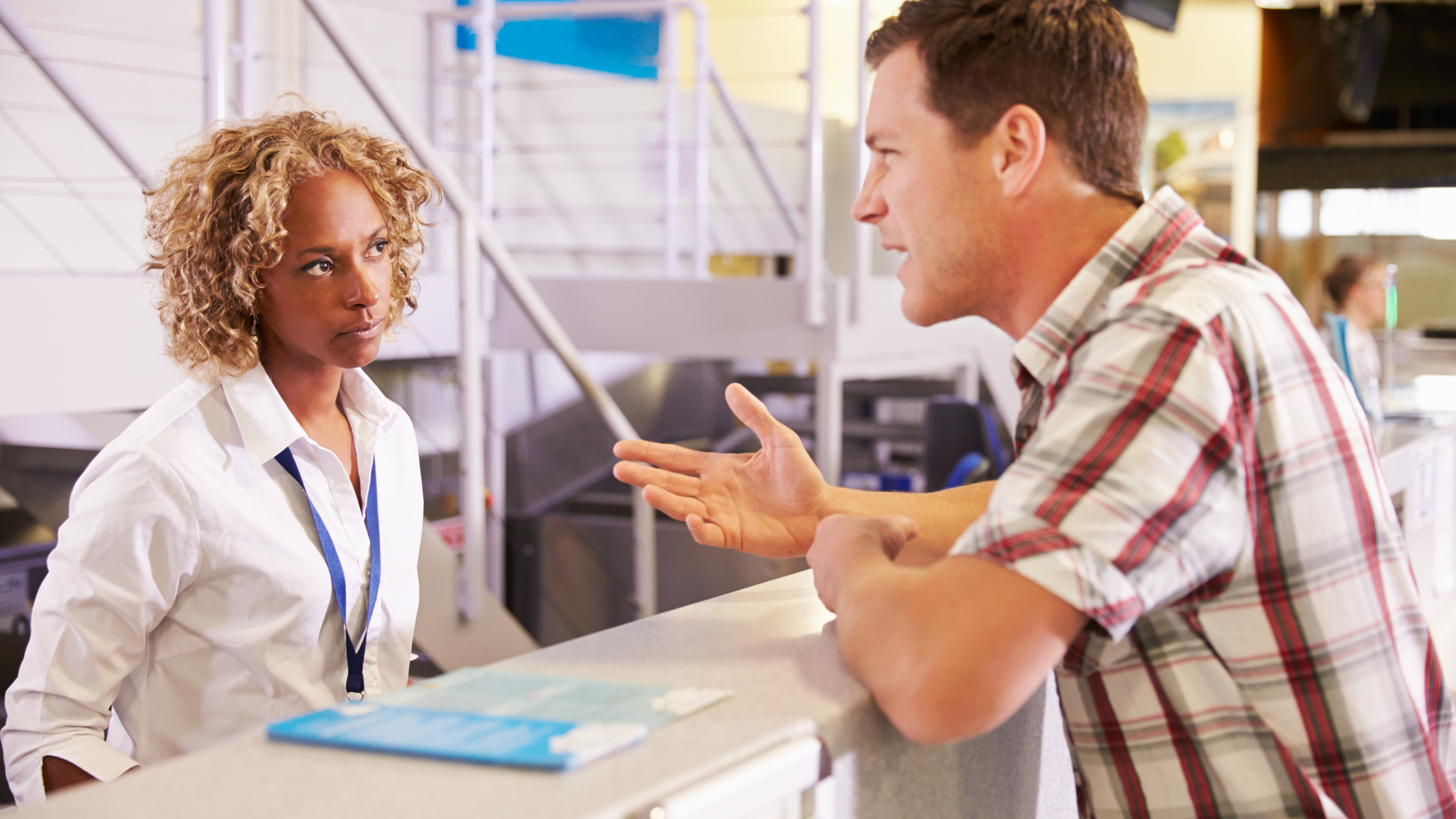 Be Thankful for Customer Complaints

Mandy had an awful customer service experience. She hired movers to help move her elderly and ill father from a two to a one-bedroom apartment in the same building. When she initially called the movers, she asked if they would like to come to the apartment in order to do an estimate, but the company told her they could do it over the phone. They provided her with an estimate, and she booked the date. She took the day off work to assist her father with the move and arrived at his apartment at 10am.

The movers didn’t show up until 2pm, with no courtesy call to let her know they’d be late. The attitude of the guys doing the move was less than exemplary. They complained about everything they were asked to do, made fun of her father’s belongings, did not use caution with delicate items and treated her rudely. At one point, Mandy called the moving company’s office to complain about the behaviour of their employees in her father’s home. The company said they’d take care of it; ten minutes later one of the movers confronted her and asked her why she’d complained to his boss about him – saying that he’d been “just kidding around” with his earlier comments and that she’d got him into trouble. Mandy was mortified that the company would mishandle the situation so badly and put her in such an awkward situation, but time was ticking on and the move had to be completed that day.

At 6pm, the movers told her she had only paid for 4 hours and that there were only a few things left in the apartment. She hastily paid them, but when she went back she discovered 30 more boxes in the apartment and hallway. In a panic, she contacted some friends and they worked until 11pm that night to get the move finished.

Mandy called the company the next day to talk to the manager. She expressed her dissatisfaction about the service they had provided and that she wanted some of her money back. After all, they did not complete the move, put her in a terrible and stressful situation, and the service they provided was terrible. To her concerns, the manager replied, “They’re movers, they don’t have master’s degrees in customer service.” He advised her that she got more than she paid for and refused to refund her any money. He didn’t even offer an apology for all the stress she had to go through in finishing the move herself and defended the behaviour of his employees.

Mandy was left feeling she shouldn’t have bothered phoning the company at all because she didn’t get any satisfaction and the lack of results just made her angrier and more upset. And there lies a serious problem for companies.

Guy Winch, Ph.D., psychologist and author of ‘The Squeaky Wheel’ identifies three fears customers have that result in them not expressing their dissatisfaction to a company from whom they’ve purchased something. They are:

“These three fears operate so powerfully they create "complaining learned helplessness" - a psychological mindset in which dissatisfied customers feel so passive and hopeless about getting a satisfying resolution they never try complaining to the company” says Winch. Mandy experienced that reality, and the more times someone experiences results like this, the less likely they are to complain.

So, why is it so important that your customers DO complain when they are unsatisfied? Because their complaints are your opportunity to make things right and keep them as customers. It’s the ones who don’t complain you have to worry about. They will quietly slip away, tell a dozen or two of their friends about their experience, and never come back. Had this moving company apologized for the behaviour of its employees rather than justifying it, had they offered even a token of compensation Mandy’s attitude toward the company would have been very different. It wouldn’t have changed her experience, but it may have made her willing to try them again, or at least not bad-mouth them.

You should make it as easy as possible for customers to complain. In fact, if you foster a culture in which customers are heard and problems are quickly and consistently resolved, you’ll likely find you have less complaints! Be the kind of company that listens; even more, one that CARES about your customers’ experience and desires to make it positive. You’ll build customer confidence and you’ll always know where they stand with you. You’ll rarely have customers who leave you for a competitor because they were dissatisfied, and will almost always have the opportunity to go above and beyond to make it right.

It may seem backward to WANT customers to complain, but in fact it’s a strategy that can help you build trust, stronger relationships and customer loyalty. Encourage complaints, resolve them quickly, and you’ll have fewer complaints and happier customers.

Small business owners are entering the new year with a lot of hope. This is because many...
Read More

With spring just around the corner, most of us feel a tug to do some spring cleaning. Spring brings...
Read More